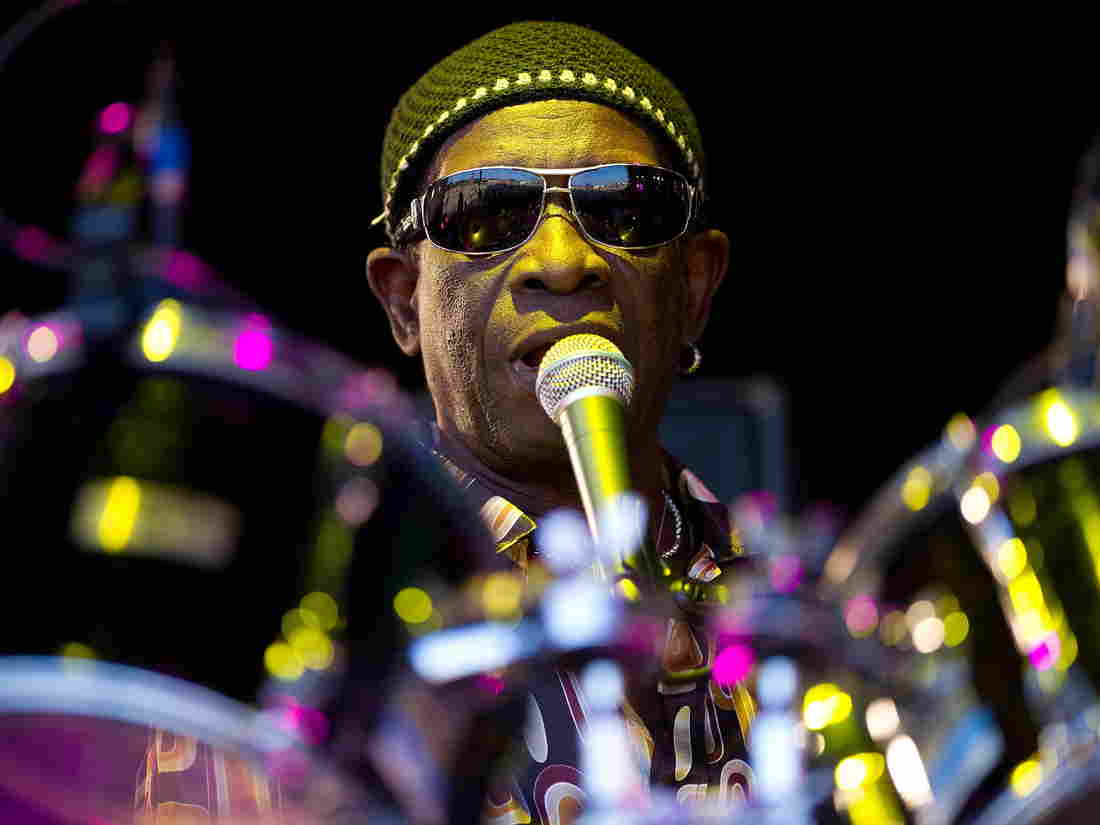 Drummer Tony Allen has kicked the pail at age 79. He is comprehensively hailed as one of the creators of Afrobeat close by his drawn out melodic associate Fela Kuti, with whom he played for quite a while.

Allen kicked the can Wednesday evening in Paris of a cardiovascular disappointment, his executive, Eric Trosset, told NPR. Trosset uncovered to Agence France-Presse that Allen got wiped out toward the night and was taken to the Hôpital européen Georges-Pompidou, where he passed on.

Behind the pack, Allen used his whole body — spreading out marvelous polyrhythms with all of the four limbs. (He was so fit, it consistently seemed like he had more than four.) “Without Tony Allen,” Kuti extensively remarked, “there would be no Afrobeat.”

Allen was considered Tony Oladipo Allen in Lagos, Nigeria in 1940. He didn’t begin playing the drums until age 18 — yet once he began, that was it. Just months afterward, while he was filling in as an electrical master for a radio station in his nearby Lagos, he answered to his frustrated gatekeepers that he proposed to transform into an entertainer.

Allen met Kuti in the mid 1960s, when both were gigging around Lagos. By 1964, they were playing together: first American-style jazz, and a short time later, for around five years, a dynamically African-bended, highlife jazz. In 1969, they formed the mind boggling band Africa 70.Allen grew up cherishing such American jazz drummers as Gene Krupa, Art Blakey and Max Roach. As he uncovered to NPR’s Weekend Edition in 2010, “Fela formed like a vocalist; I create like a drummer.”

That significantly combustible mix was really the charm of Afrobeat: thickly layered horns and taking off vocals with wry sections, laid over an especially ground-breaking, driving discouragement. It was a perspiration doused, excessive amalgamation of African styles like highlife and juju, American jazz, and something inside and out new and totally dauntless. More than being essentially Africa 70’s drummer, Allen was its melodic boss.

In an impacting run, Allen recorded more than 30 assortments with Kuti and Africa 70 — including the masterpieces Shakara, Expensive Shit, Sorrow Tears and Blood and Zombie. The two furthermore recorded three assortments under Allen’s name: 1975’s Jealousy, 1977’s Progress and 1979’s No Accommodation For Lagos.

In any case, over the long haul they split isolated, contending over money, credits and sways — likewise Allen’s abhorrence for what he called Kuti’s “militarism” and the consistent organization around Kuti, which Allen found parasitic. Allen kept Africa 70 separate from 1979. He went first to London, and a while later settled in Paris.

Later in his calling, Allen went exhaustively to the extent his melodic tastes — exploring everything from Afrofunk and American jazz to rap and electronica. His later partners included craftsman Damon Albarn of Blur and Gorillaz, the Clash’s Paul Simonon, and guitarist Simon Tong of the Verve who together recorded as The Good, the Bad and the Queen.

Allen released another assortment, Rejoice, essentially a month prior; it was a planned exertion with the late South African trumpeter Hugh Masekela, who kicked the basin in 2018. The two pros recorded together in 2010, anyway the assortment was not finished until the mid year of 2019.