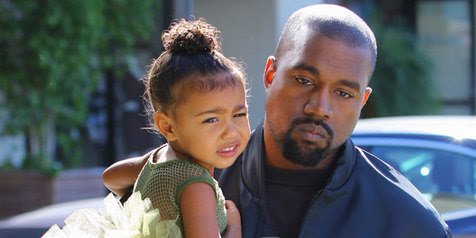 Popular Rapper and now Gospel Artist and Preacher, Kanye West has banned his daughter North West from wearing make-up and crop tops until she is a teenager.

Kim Kardashian revealed this when she was Speaking to E! News at the debut of her KKW Beauty at an Ulta Beauty store in New York on Thursday.

The mother of four said: ”North is trying to get in on the makeup, but she’s being blocked heavily because her dad has stopped all makeup for her until she is a teenager.” She also insinuated that his views have gotten more conservative since he became a born again christain and it is causing some tension in their home.

‘It’s a big discussion, a big fight in the household right now but it is what’s best. ‘I think as a parent you just learn and figure it out as you go and we realized we didn’t really want her to wear makeup at a young age but she sees her mom putting on lipstick and lip gloss.’

The 42-year-old rapper has just released a new album called Jesus is King.