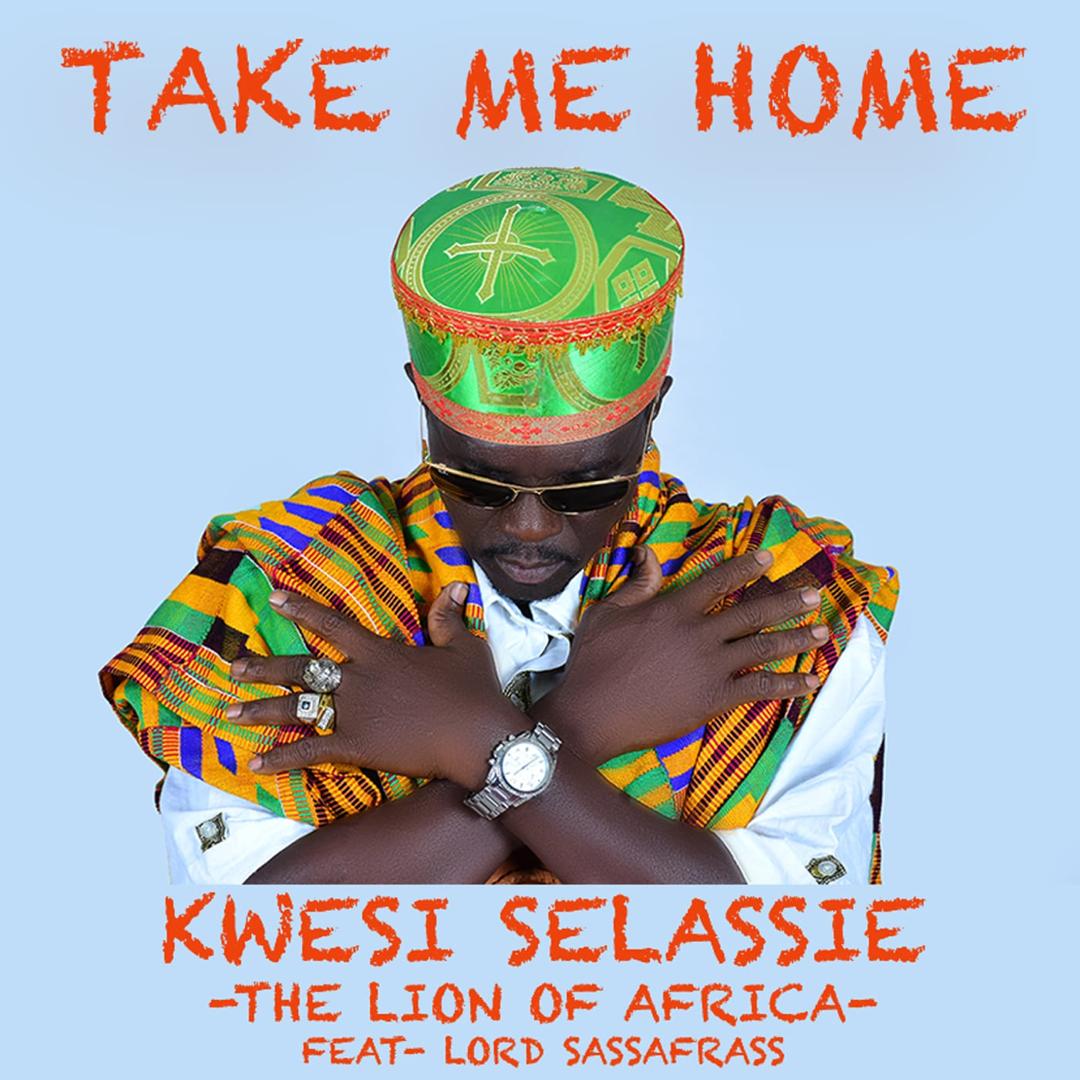 Kwesi Selassie Premiere Four Singles On His EP (Take Me Home) in Ghana as he is preparing for the “Take Me Home” Tour which start from Takoradi in the Western Region of Ghana.

Kwesi SELASSIE Got 15 albums to his credit & recently have released 2 EP’s which contain 8 songs each, aside Kwesi Selassie have been nominated in The biggest music awards platform in the world JUNO AWARDS as best reggae album of the year. Kwesi have tour France, Japan, America, Germany, Brazil, Jamaica, Haiti and many more. Now kwesi is coming back home with #TAKEMEHOMETOUR which in his natal land Ghana (Takoradi).

Biography:‬The Lion as he is popularly called has performed all across the world, What makes him legend and he has also recorded with Japanese singer and musician from Ukraine and also have performed in Israel during the war at tel Aviv with Israelis though artist called Odel Johnson .
Finally, the multiple award winning artist urge his fans to expect great conscious music from his 15th Album because he has patiently prepared for this Album.
PLEASE read about His music journey and achievement below .
KWESI SELASSIE, a.k.a. “The Lion,” was born and raised in Sekondi-Takoradi, the capital twin-city of the Western Region of Ghana in West Africa. However, both his parents hail from Agona Nsaba in the Central Region of Ghana.At a tender age of 11 years, he began singing and playing the guitar. He would simply sit under palm trees, exploding with curiosity while experimenting with wires placed over empty cans to simulate the guitar. Other instruments, such as the bass guitar, drums and percussion aroused his interest, and he endeavored to learn how to play each of them. It would not be long before he was dubbed the “musical prince” by his Takoradi secondary school mates and everyone in his hometown.Strongly influenced by his mom and dad, Kwesi decided to move to London, in pursuit of a law career. Like most parents, Mr. Kweku Sackey-Selassie and his wife, the Queen Mother Nana Baah Agyekum 1, encouraged Kwesi to strive for a professional career. However, his drive to become a musician was far too strong to be reversed. After three years, Kwesi ended his preliminary studies in law much to the disappointment of his parents and returned to Ghana to embrace his first love, music.It was upon his return to Ghana that Kwesi earned the title “The Lion of Africa.” He reappeared on the music scene with the rage of a true African Lion. Kwesi began singing and playing guitar with many spectacular bands all over West Africa such as Afro Soul System led by Jean-Claude Bamogo in Ouagadougou, Burkina Faso; Ndeep from Dakar, Senegal; 22 Band of KanKan, Guinea; the legendary Bembaya Jazz of Conakry, Guinea; The Scorpion Band of Barra Village, Gambia; The System Band from Freetown, Sierra Leon; The Lantics Band and the Osabarima Band fromTakoradi, Ghana. One of the most memorable performances was in Nzerekore, Guinea, West Africa, for a traditional ceremonial event in honor of President Lansana Conte.Maturing as an artist, Kwesi began writing, arranging, and producing songs in his native language Fanti as well as in English, French, and ten other African dialects, making him the preeminent multi-lingual artist originating from Africa. He also began traveling and performing around the world. In 1990, Kwesi was invited by Mr. Mario Gauthier (a friend who later became his manager) to Quebec City, Canada where Kwesi would begin the upward trend in the global music industry.Kwesi has maintained the original blend of his music comprised of grinding highlife (original music from Ghana), Reggae, Ragga, and a touch of European influence, as what he calls Highlife-Dub Reggae. His musical themes deal with emancipation of all people, love, peace, unity, spirituality, human rights, and socio-economic justice, a.k.a. conscious reggae music.In 1995, Kwesi performed at the 11th Canadian Reggae Music Awards, and was nominated in 1997 for his CD entitled “False Prophets,” and nominated again in 1999 for “Judgment Day” as the Top Reggae Album of the Year. In November 1999, Kwesi took the African Music Awards in Toronto, Canada by storm as he was nominated in four of ten categories for Best Album, Composer, Release, and won Best Producer of the Year award for his fourth album “Judgment Day.”Kwesi has toured in various parts of the world, including Canada, USA, Africa, Germany, Holland, France and Israel. According to fans of “The Lion,” Kwesi is an artist of exceptional character, charisma, incredible enthusiasm, and has the ability to mesmerize music fans with high flying energy.With seven acclaimed CD albums to his credit, Kwesi was nominated for “Reggae Recording of the Year” at the 2007 Canadian JUNO Awards for his last CD album “SURVIVAL.” Kwesi is among a handful of multi-lingua