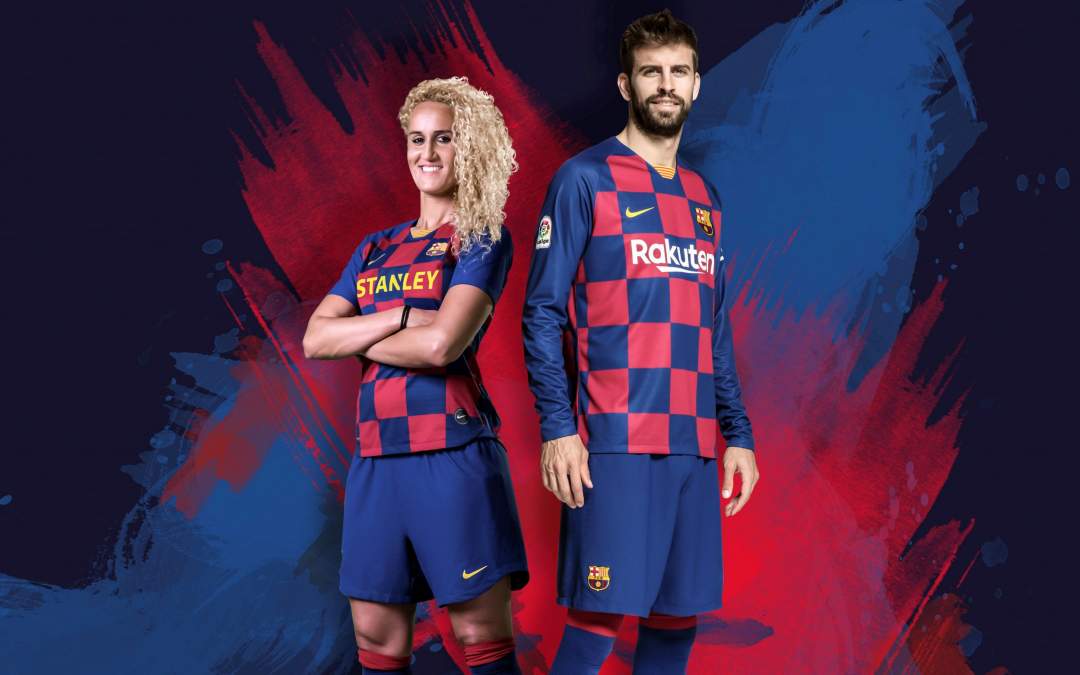 Barcelona have ditched the stripes and have gone for a controversial chequered design using their traditional red and blue colours.

The kit also includes the red and yellow stripes of the Catalan flag just above the neckline of the jersey.

Nike claim that the design has been ‘inspired by the gridded streetscape of Barcelona’s Eixample district’.

Unsurprisingly, Gerard Pique is a fan of the bold new design.

‘The kit is something new and exciting,’ said the defender.

‘It might be different but it is 100-percent Barca and it is even better that the design represents the bond the club has with the supporters and the people who are driving the city forward.’