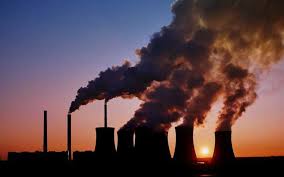 As the world celebrates World Environment Day, the United Nations has raised an alarm on air pollution killing nearly 7 million people every year.

UN in a report released ahead of this year’s World Environment Day celebrated on June 5, says more than 6 billion people, a third of them being children are regularly inhaling polluted air that puts their lives in danger.

The report entails that 600,000 children die prematurely every year from polluted air and that 90 per cent of the world’s population at risk from air pollution.

Experts said that air pollution, is not only in industrial areas but in and outside of homes, are silent havens for air pollution.

“Air&nbsp;pollution, both outside and inside homes, is a silent, sometimes invisible, prolific killer that is responsible for the premature death of 7 million people each year, including 600,000 children,” a UN statement noted.

UN noted that air pollution, however, receives little attention as these deaths are not as dramatic as those caused by other disasters or epidemics.

“Every hour, 800 people are dying, many after years of suffering, from cancer, respiratory illnesses or heart disease directly caused by breathing polluted air,” UN said in a statement.

Experts said failing to ensure clean air constituted a violation of the fundamental right to a healthy environment, a right that is legally recognized by 155 States and should be globally recognised.

Women and children, the experts said, in many less wealthy countries spend a lot of time at home, are disproportionally affected by indoor air pollution caused by cooking, heating or lighting with solid fuels and kerosene.

The report notes, “People cannot avoid inhaling whatever contaminants are present in the air inside their homes or in their communities. Air pollutants are everywhere, largely caused by burning fossil fuels for electricity, transportation, and heating, as well as from industrial activities, poor waste management and agricultural practices”.

Experts, however, noted that air pollution was a preventable problem if States abide by their legal obligations to ensure clean air, which is essential for fulfilling the rights to life, health, water and sanitation, adequate housing, and a healthy environment.

The experts noted that states should monitor air quality and impacts on human health, assess sources of air pollution, make information publicly available as well as including public health advisories.

Countries are also called on to implement the air quality action plan and enforce the standards as well as evaluate progress while strengthening the plan to ensure that the standards are met.